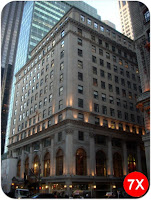 The biggest news on Wall Street last week was the announcement from Atlanta that The Coca-Cola Company is buying the North American operation of its largest bottler in a complex $12.4 Billion deal.

The biggest news in Midtown was that Coca-Cola is planning to move back into its own 61,000-square-foot retail space at the corner of Fifth Avenue and 55th Street in New York City, according to an article in the the real estate section of Crain's New York Business yesterday.

The Disney Store has been leasing the retail space at the ground floor plus basement and two additional levels at 711 Fifth Avenue for about 15 years.  It is moving to another location with about 25,000 square feet at 1540 Broadway in Times Square after this summer.

Long-time Coca-Cola shareholders or collectors probably remember the 711 5th Avenue building was the Columbia Pictures Building until the motion picture company was acquired by The Coca-Cola Company in 1982.  The building then became Coca-Cola's New York Headquarters and also known as the Coca-Cola Building.

In November 1991, Coca-Cola Fifth Avenue store opened on the ground floor of the building selling Coca-Cola brand merchandise from clothing, toys to various mementos and memorabilia.  The retail store closed in March 2000. 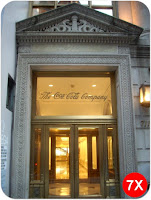 Today, the same space is occupied by Omega, the retail store of the Swiss luxury watch maker.  Disney Store's space is to the south of the Omega store.  Between the two stores is the entrance lobby to the office building where you could visibly see the name "The Coca-Cola Company" above the double glass doors.

Last month, I was the only bidder for a collection of Coca-Cola bottler supplier catalogs on eBay.  I won the lot from the seller in Ohio for $2.99 (the shipping was more because of the weight).  One of the items was a press packet for the grand opening of the Coca-Cola Fifth Avenue.

So I wonder what Coca-Cola has in mind for the retail space vacated by Disney?

Here are some suggestions: